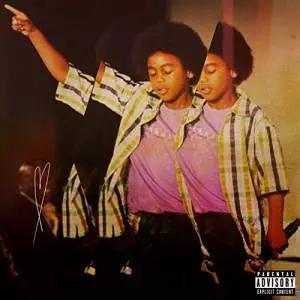 Los Angeles, California – December 3, 2019 – ‘Sincerely, Robbie’ has been a long time coming. Which is strange to say because Robbie himself is only 17, but when you’ve got talent – you’re never too young to show it to the world. With more than half a dozen songs finally ready to go, Robbie went all in with his debut.

Robbie has been working on his music for years. Initially inspired by his mother, a former singer, he has carried her influence with him since he was just a kid. Now a teen, still in high school, he put the final touches on his 2019 debut which features a cascade of ever-present tracks that deliver vibes that’ll have fans of Drake and Big Sean asking for more. From the intoxicating ways of “Dreadsswangin” to the way he incorporates world music in “Okay!” to laid back vibes of “50 Racks,” each track is as well done as the last.

Delivering pristine lines and finesse, ‘Sincerely, Robbie’ impresses from start to finish. Available no on all platforms, fans of modern-day hip hop will be delighted for something fresh on the scene.

Those interested in adding new hip hop to their playlists, reviewing ‘Sincerely, Robbie,’ or interviewing this emerging artist can reach out via the information provided below.

For more from Robbie, visit: https://open.spotify.com/album/6vXOsiDTo8WN5SGSZN042y?si=byuchhcZSU290QvXnuSzoQ

About:
At only 17-years-old Robbie is delivering a level of fire artists twice his age aren’t at yet on his debut ‘Sincerely, Robbie.”