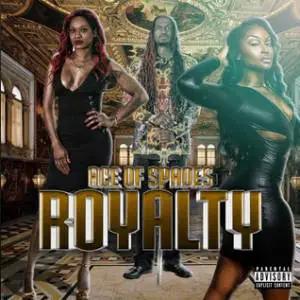 Pacific, Washington – November 5, 2019 – There is no shortage of music coming from the mind of Ace of Spades. With one album already out this year, the rising emcee decided to drop another. ‘Royalty’ EP is available now.

For those who thought Ace of Spades only had ‘Message from the King’ to give this year, they thought wrong. The Washington rapper just released ‘Royalty’ on November 1, 2019. Packed with a handful of tracks that include “Go Black Woman” and “Everything I Need,” ‘Royalty’ continues Ace of Spades’ annual reign in the rap realm.

Making music the last 12 years, Ace of Spades has released a total of five records, including his album and EP from this year. He made his debut in 2015 with ‘Last Son of Amia’ and has been a nonstop force since.

Those interested in adding new rap to their playlists, reviewing ‘Royalty,’ or interviewing Ace of Spades can reach out via the information provided below.

To hear more from Ace of Spades, head here: https://open.spotify.com/album/0rxZBlBrL0qJVKxkVE6Q4G

About:
Ace of Spades welcomes the world to his rap kingdom with his November 2019 release, ‘Royalty,’ out now.