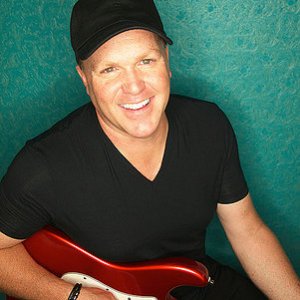 Brent Daniels – Every Road Has a Turn

Brent Daniels discovered the musical side of his life in earnest at seven years old when he began playing guitar. Practicality beckoned for a time. He turned away from music and worked as an electrician, but those sorts of passions aren’t easily filed away. He’s worked with producer Robyn Robins on his first album Every Road Has a Turn and, collaborating with a lights-out crew of top Nashville players, Daniels has scored a big winner. The songwriting is a big reason as well. With contributions from popular songwriters like Dallas Davidson, Every Road Has a Turn is positioned to experience a lot of richly deserved success and, perhaps, catapult Daniels to stardom sooner rather than later. Working with Robins has certainly brought the album’s dozen songs to life with warmth and a lot of muscle.

Warmth radiates off a song like “My First Friday Night”. Daniels does a first class job taking listeners through the thoughts and reflections of a recently separated man driving around in the immediate aftermath of losing his love. The musical arrangement matches Daniels’ singing with easy going textures and a lot of taste. Taste is gleefully tossed out the window with the album’s second track “My Truck’s Bigger than Your Truck”. Every Road Has a Turn might seem a little overloaded with country anthems, but they are all successful examples of the form that Daniels spins different from the cookie cutter with his charismatic presence. He tests his vocal mettle even more with the foot-stomping charge of “Party at the End of the Road” and there’s enough language in this track that everyone in his audience will recognize to make this an instant favorite. These sort of tracks are going to go over like gangbusters in a live setting if even approximates half the power they have on these recordings.

There’s acoustic and electric guitars alike amassed on “Love You Down” and they do a really good job of exploiting the song’s potential, its chorus most of all, but Daniels gives listeners just as much with the way he raises his game as the song progresses. “One Big Party” is among the most successful anthems on the album and you certainly aren’t going to find fault with its sentiments. It expresses feelings which, depending on you hear it, can mean far more than just having a good time – this is a call to embrace life and appreciate the moment. “Hold On” is probably the closest to an outright ballad that you’ll find on Every Road Has a Turn and Daniels delivers an appropriately considered and tender singing performance. There’s some of the album’s earlier rock and roll spark in “Need a Little Love Right Now”, but the song’s subject matter is a little more serious than some of those aforementioned tunes. Brent Daniels brings this album to a satisfying conclusion with the track “I’ve Been Gone” and it’s top flight mid-tempo country rock with some entertaining attitude. Every Road Has a Turn pulls out all the stops to impress listeners and it does leave us impressed with the talents of its primary singer. Brent Daniels is a force to be reckoned with in this genre and this debut is a harbinger of even bigger things to come.