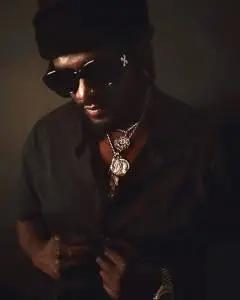 New R&B Music On The Way

Brooklyn, New York – October 29, 2019 – It seems as if Chase Forever still had more to give after the release of his 2019 album, Broken Crayons Still Color, as he’s announced a new EP, is on the way.

It’s been five years since Chase Forever made his initial steps into the scene with the release of Unappreciated. Since then he’s been making new flavor known as he brings forth a soulful, more advanced level of sexy to the table when it comes to the genre. From then until now Chase Forever has been entertaining crowds as well as working on a cascade of new music. Some have already been released on his earlier 2019 release, Broken Crayons Still Color and more will soon be on the way with the announcement of his new EP.

The Ghanaian singer was born in London and started his career as a rapper, but after his songwriting abilities started to take shape and earn him praise he decided to switch things up. To date, his music has been featured on notable Ghanian TV networks as well as MuchMusic, VH1 Soul, Channel O, Trace, and MTV.

With new music on the way in late 2019/early 2020, those interested in getting ahead of the game and featuring Chase Forever can reach out via the information provided below.

About:
Chase Forever announces the follow up to his 2019 release, Broken Crayons Still Color. Look for his new EP out in late 2019/early 2020.