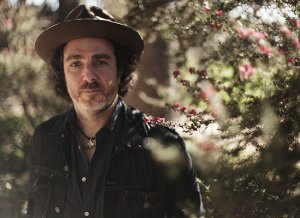 The Americana artist and violin virtuoso Chris Murphy has carved out an impressive niche as one of the best interpreters of traditional folk and bluegrass on the scene today. Other strains of Americana, like gospel and blues, make occasional appearances in his self-penned material, but Murphy is predominantly rooted in the rustic Appalachian sounds of classic bluegrass. His songwriting subject matter never strictly confines itself to rural themes but, instead, mixes them freely with contemporary settings. There are a number of songs on the album that are outright nods to popular music’s distant past, but Murphy’s reach gracefully encompasses all of these disparate elements into a seamless whole.

His fidelity to the past is on full display with the album’s first song. The title track is a lightly rambunctious instrumental ripped straight from the past and given vibrant new life thanks to his inventive talents as an arrangement and the sheer irrepressible glee in his playing and those around him. “Dirt Time” is Red Mountain Blues first lyrically driven number and weaves traditional imagery with a very idiosyncratic humor that helps the song stand out. While Murphy and his collaborators are expert at invoking the past with entertaining skill, even the numbers on Red Mountain Blues that smack of outright tribute are distinguished by Murphy’s facility for transmuting those influences into something altogether his own. The brilliantly conceived musings of the song “Kitchen Girl” is a perfect example. While the idea behind the song isn’t particularly original, Murphy’s performance alongside guest star Tim O’Brien and his deft lyrics bring this tale of a slightly bedraggled girl to vivid life. Here, as elsewhere, the instruments are rendered with exquisite clarity while never feeling drained of their warmth.

The second half of the album has a lighter outlook, overall, than the first half thanks to the inclusion of songs like “Dry County” and “Meet Me Tonight”. The first serves up some more of Murphy’s storytelling skills in a crackling, full-on bluegrass vehicle that satisfies listeners by hitting all the expected reference points while still never sounding imitative or as if it is pandering to the listener’s simpler ideas about bluegrass. The second is equally playful and geared more in the direction of a love song. Murphy’s plaintive and uncalculated delivery elevates this past the level of being a mere throwaway. The haunting lyricism and considered pace of “Johnson County” comes at an ideal place in the album’s sequencing and, despite its instrumental basis, breathes deeply with a beautiful and very vocal melody. The album’s final cut, “The Lord Will Provide”, is an impressive instrumental with deceptive emotional range. Much like other songs on the album, “The Lord Will Provide” moves with considerable internal energy, but there’s an added melancholic subtext that enriches the song and gives it a surprising surplus of gravitas.

This is a deeply rewarding work that will appeal to a cross section of listeners. The melodies give each of the album’s fourteen songs instant accessibility without ever sounding too samey and the lyrical content has a wide vision rather than confining itself to rehashing tired tropes from the genre.