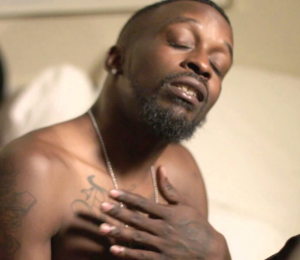 The latest powerhouse talent to emerge in hip hop is far from an overnight sensation. D Clak has worked many years in the Pittsburgh area perfecting his skills, performing as much as possible, and mastering the arts of self promotion this brave new music world demands of lasting artists. “Trap Again”, a single from his debut album The Dime Piece, promises to rocket D Clak into a whole new trajectory thanks to its sharp combination of a great vocal performer, a dollop of melody, and an irresistibly fluid tempo that never misses the mark for getting the audience’s attention. He takes his stage name from his surname, Derrick, and a reference to one of the sounds a gun makes before firing and intends this to be an obvious reference to his surroundings, of course, but a reflection of his artistic approach. He proves himself to be a confident and authoritative vocal performer on “Trap Again”.

There’s tremendous ease emanating from every aspect of this recording. It begins, however, with Clak’s lyrics and voice. The words are a hyper-realistic, no holds barred accounting of Clak’s life from a first person point of view. He doesn’t waste any of his language and doesn’t over-rely on stock phrases and slang, but instead speaks with a convincingly personal voice that’s undoubtedly one part experience and another half pure gift. It’s obvious this form comes naturally to his skill set; the same cannot be said for other, far more commercially successful, performers. D Clak has the swagger of someone who knows how good they are, but it’s never brash. It comes off as assured of what he wants and is.

The electronic nature of the music doesn’t mean it comes off cold and mechanical. “Trap Again”, instead, has a vibrant pulse courtesy of synths and electronic drums, but it doesn’t just thud away. The tempo quickens and slows at various points and it’s entertaining as hell to hear how Clak responds so well at those moments. He orchestrates the music in such a way that it reflects the attitude in both Clak’s vocal and lyric. There’s some light and shade here, but it swings with the same confidence you hear in the vocals. It will be difficult for any listener to find a moment of hesitation or uncertainty in either the words or Clak’s performance.

Some might paint this as part and parcel of the gangsta rap tradition, or at least as it is exists in 2017, but they would be missing the point entirely. What D Clak does here with “Trap Again” goes far beyond simple labeling thanks to the musicality powering the performance. The Dime Piece, on the basis of this song alone, may be one of the most important outright hip hop albums released from a major or even DIY, in recent history and assures Clak his rightful place among the first echelon of rap artists.