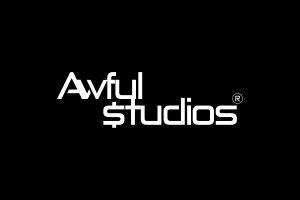 Los Angeles, California – April 3, 2020 – Dinky Gambnoe’s debut album is one of the most notable releases in a long time. While most of his peers have spent months, even years working on their music in studios – Dinky Gambnoe’s comes from years behind bars. With the help of contraband cellphones and an insane amount of gusto, A’s Awful Studios proudly presents ‘#freebnoe.’

‘#freebnoe’ features his brother and sister More Sano and Meeko Taylor, as well as a myriad of close, talented friends. Every lyric was penned by Dinky Gambnoe and he recorded every track on those cellphones that were considered contraband by the CO’s at the various prisons he’s been in the past 14 years, but the production was taken care of by Enimal Wins in Los Angeles and Dark Charm Records in Europe.

Dinky Gambnoe realized early on the value of money; both when one did and didn’t have it. With that in the back of his mind, the influence of ‘90s rap was apparent as he soon discovered his skillset. From his bedroom mirror to local ciphers and showcases, Dinky Gambnoe started to make a name for himself but that lesson he learned early on came back around; he needed money to make music moves.

With that, he got in deep with the drug trade with his brother and a few friends. In the end, they weren’t just business partners, but collaborators. They formed Da Herd and released their debut album, ‘Runnin of tha Bulls’ in 2002. They spent the next couple of years performing throughout Southern California and growing their name. That all came to a halt in 2004 after Dinky got into an altercation on Hollywood Boulevard while trying to sell CDs. Two years in prison were spent practicing his skills and rapping every chance he got. Once released he dropped a series of mixtapes. Things looked like they had taken a turn for the better, but that all changed no less than a year later.

It was mid-April 2007. Dinky Gambnoe just wanted to help his best friend. A shootout resulted in a handful of people being shot that night, him included. Because of his loyalty to the rules of the streets, Dinky Gambnoe’s side of the story will go to the grave with him. In the end, he and his best friend almost got sentenced to several life sentences plus an additional 177 years. By the grace of God, and the best lawyers money could buy, Dinky Gambnoe took a plea deal for 16 years. 14 years, six level-4 prisons, 28 contraband cellphones, a handful of mixtapes, over three dozen music videos – Dinky Gambnoe is gearing up for the world to hear ‘#freebnoe.’

While Dinky won’t be released until 2022, he hopes rap audiences will embrace not only the rollercoaster of emotions encased on this record but him. He doesn’t shy away from anything on this record; from life locked up to what it feels like to lose someone while on the inside. It’s all there for all to hear. Often considered the Nipsey Hussle of the prison world, Dinky Gambnoe has his eyes set on making a name for himself despite the odds.

Those interested in adding new hip hop to their playlists, reviewing ‘#freebnoe,’ or featuring Dinky’s story on their site can reach out via the information provided below.

About:
When it comes to lives lived, it’s hard to compare to that of Dinky Gambnoe. His story is one made for the big screen, and perhaps one day it may very well come to life for all to see but for now, he’s happy to tell it like it is and for the world to get to know him through his new album, almost 15 years in the making. ‘#freebnoe’ wasn’t made in a traditional studio, but on more than a dozen cellphones snuck behind bars while Dinky Gambnoe serves a lengthy sentence.