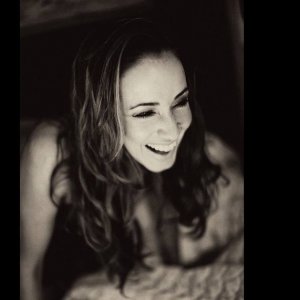 Today I listened to the 6 track EP by Los Angeles based artist “Jillian Speer” called “Daggers & Suede” (2015). All music, lyrics, and fretwork invites the listener to sift through a multitude of pop/rock sounds, all of which congeal up a tangible yet gorgeous selection of songs – 6 of them in fact. It’s all kicked off by the tasty title track which when you listen to the intro piece (Fast Car) it is the perfect intro statement to start a musical journey with. There’s somewhat of an upbeat, hopeful tone and mood here when one is introduced to this amazing band and Speer’s tranquil Mezzo-Soprano delivery for the first time via this intro track. Speer’s voice is mostly well suited for pop and I have to admit when I saw the pictures of her she reminded me of many other popular pop singers. After listening to this first song – she was everything I imagined her to be. On “Daggers & Suede” we hear music reflecting the many tongue and cheek offerings provided by past artists like Toni Braxton, Alicia Keys and Michelle Williams. I also detected Eliane Elias, Sophie Milman, Holly Cole, Stacey Kent and Jane Monheit.

Artistic expression should never be held to a strict guideline of musical fundamentalism. I hate to use that word “fundamentalism” here but that’s the way it feels sometime when we try to categorize artists. Vocal performance based artists like Speer sad to say are a dying breed as most good music and talent has been replaced by what I would call sonic garbage. I also don’t think “musical fundamentalism” is what traditional rock n’ roll is about, and yes this album is fundamentally rock based to me. “Daggers & Suede” is in a league of its own combining the best modern vocal pop has to offer. “Daggers & Suede” is a strong and epic statement. It also refuses to fall into the trap of becoming fundamentally duress-ridden sonic-pop. The musical arrangements really differ from song to song and the vocals and emotional latitude tend to remain compatible with that versatility of this artist. All at a constant level throughout. Its music that you could use to watch the clouds go by – but also make you want to jump up, grab your guitar and write a powerful song that could change people’s lives. To inspire someone on a very sincere and powerful level – yeah that what music is all about, and Jillian Speer reminds us of this all to well.