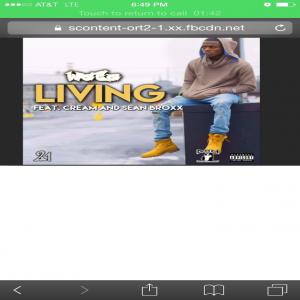 New Music Due Out Soon

Boston, Massachusetts – February 17, 2020 – KayBTheDon hasn’t always had it easy and there are still struggles he faces on a day to day basis, but he’s not letting anything stop him from making a name for himself in the hip hop realm. With new music on the way, he’s offering a sneak peek with his latest, “Make a Way.”

Listeners can hear KayBTheDon’s “Make a Way.” It showcases what’s to expect from the NYC emcee and what the future holds in store. A future KayBTheDon plans on making better than his past.

KayBTheDon was raised on the North Shore side of Boston in a town known as Lynn. He discovered music early on, writing his first song when he was only nine-years-old. Five years later he was recording his first track. To date, he’s kept the music alive by keeping his studio time fresh, and he’s spent time on major movie sets alongside Kevin James and John Travolta. KayBTheDon has also been featured on BET’s ‘106 and Park’ and made an appearance on the BET Awards red carpet in 2019.

Those interested in adding new hip hop to their playlists, featuring “Make a Way” to their site, or interviewing KayBTheDon can reach out via the information provided below.

About:
KayBTheDon has overcome numerous obstacles in his life but is far from letting the negatives overpower him as he continues with his music.