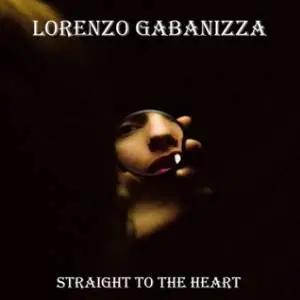 Italy – November 19, 2019 – With everyone dealing with their own struggles on various levels, Lorenzo Gabanizza wanted to showcase not only love with his new single, “Straight To The Heart,” but also deliver a sense of hope and strength to those in need. The new single comes from his upcoming album, ‘Out of Darkness,’ and is available now.

Lorenzo Gabanizza has battled demons in his life. From overcoming sexual abuse as a child to facing the reality of depression as he got older, this pop artist could have let the negatives take him down but he fought back with music in hand. A lifelong appreciation for music in many ways saved him as he played through the pain and eventually fought his way to where he is today – a well-respected musician who has worked with some of the best out there. That includes Max Gabanizza, Robby Pellati, and Luca Marcìas.

‘Out of Darkness’ has been a journey of sorts. In the summer of 2018 Gabanizza was in a traffic accident that left him unable to work on his music. Once he was ready to get back to work, he did so with Grammy-winning engineer Don Tyler whose credits include Bob Dylan, Rolling Stones, and Neil Diamond. With Gabanizza back in good health, he started releasing singles from the new album in early 2019. “I Am Wrong” was followed by “Come Back to Me” in June, and now “Straight To The Heart.”

Over the years Gabanizza has done a lot in the world of music, including heading a Queen cover band; Mantras. In the early ’90s, Gabanizza started fundraising to help fight AIDS and his efforts were eventually recognized by Mercury Phoenix Trust, the organization that was founded soon after Freddie Mercury’s death. Today, he’s continuing his charitable efforts with “Straight To The Heart.” Part of the royalties will be donated to Talinda Bennington’s 320 Changes Direction. The charity was created to not only honor Linkin Park’s late lead singer Chester Bennington after he took his own life after battling depression but to help aid those who are still here and struggling with their mental health.

Those interested in featuring new music on their playlists, featuring “Straight To The Heart” on their site, or interviewing Lorenzo Gabanizza about his music, mission, and charitable efforts can reach out via the information provided below.

About:
Lorenzo Gabanizza ends the year strong with new pop single, “Straight to the Heart.”