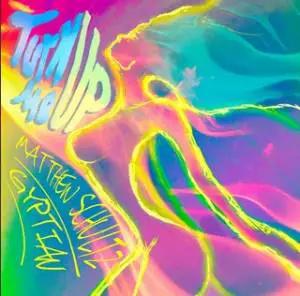 Colts Neck, New Jersey – October 18, 2019 – After the success of their 2018 hit “Promise For Keeps,” Matthew Schultz and Gyptian are coming together once again for “Turn Me Up.”

The Dancehall Latin-influenced “Turn Me Up” is a return to Matthew Schultz’s very successful collaborative relationship with Gyptian after a string of hard-hitting solo singles over the past year. For their new collaboration, Schultz and Gyptian deliver strong Major Lazer vibes as they head out of the gate laid back with gently insistent triplet-based synth rhythm and a three-chord structure around which the song is built. They then emerge to new levels with punchy and intricate percussion. Distinctly Dancehall their vocal performances are charismatic, with an exotic flavor as they convey a universal feeling in the words they deliver as “Turn Me Up” is all about being enamored with someone, or rather, intoxicated by them.

Formerly part of American Idol alum Chris Daughtry’s first band, Matthew Schultz has been doing his thing in the music scene for years. Today he’s seen major success as a solo artist. The remix for “Promise For Keeps” featuring Gyptian last year reached over a million plays on Spotify and became a viral sensation on Instagram. When they teamed up again for ‘All Night Long” alongside Rico Tayla, they got even more buzz as that single hit seven million streams in a year.

“‘Turn Me Up’ is an excellent dancehall reggae-influenced track by Matthew Schultz & Gyptian with hypnotic synths and punchy percussion. With it’s languid, chilled out dance vibe and mesmeric rhythms it’s the perfect song for radio, streaming & clubs.” – Matthew Schultz

Those interested in adding new Dancehall music to their playlists, featuring the song on their site, or interviewing Matthew Schultz can reach out via the information provided below.

About:
Matthew Schultz reunited with Jamaican Reggae artist Gyptian for another dynamic pairing on their new single, “Turn Me Up.”