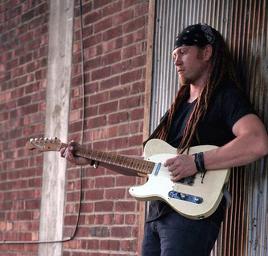 Nick Dakota might not hail from somewhere south of the Mason/Dixon line, but his first album Vision, produced by veteran producer Robyn Robins, has a strong country music heart beating beneath its rock and roll surface. There’s a great deal of moments on this release when they forsake the rock tone in favor of something closer to pure country music, but the style mix is quite good. There’s a good balance of Southern rock tinged country songs and outright steel guitar laced country tunes on Vision and Dakota seamlessly switches his approach based on whatever the song needs. There’s one fine moment after another on this album and, when it fails, it never fails so badly to drag down the collection as a whole. Robins’ production work renders the album’s many instruments with great clarity and the music has a lot of warmth from the first song to the last.

“We’ll Always Have Paris” is a great song with memorable details in the lyrics and a nice build courtesy of Dakota’s singing. The transitions from the verse to chorus are handled with great finesse and the deceptive simplicity of the song keeps things accessible while showing numerous passages with vocal and musical details that reveal themselves upon closer listener. “How Cool Is That?” is the first single from Vision and it isn’t hard to understand why. The lyric has great construction and moves from one passage to the next in a coherent fashion. These songs are well thought out, but never too much so, and as such they continue to retain a veneer of spontaneity despite them being studio recordings. The wrenching ballad “One Last Request” gets a fully satisfying treatment, vocally and musically, without ever relying on strained melodramatics or overly familiar elements to pull the audience in. Dakota’s vocal quivers with emotion at some points and makes it even better. “Fall All Over Again” is one of the album’s better quasi-rockers with the typically powerful chorus and an exuberant vocal courtesy of Dakota.

He changes things up a little with the song “The Deep End”. This shows off much more of an outright bluesy influence than what listeners might suspect after delving this far into Vision, but it’s completely credible here and Dakota’s vocal does a good job of dovetailing into this new found rough-hewn edge. “Used” is a boot stomping pounder with great urgency and lyrics that, like every track on Vision, place a priority on resonating with the audience. “Past You and Me” is the album’s second ballad and places listeners in much more familiar territory than the first example of the form. This song looks at a relationship between a man and woman, but Dakota’s vocal and the lyrical content avoids immersing itself too deeply in cliché. “Rain Down Sunshine” is one of Vision’s better country rockers thanks, largely, to the creative musical arrangement that also relies on fundamentals to leave the best effect on the album’s listeners. Robyn Robins has discovered a great talent in Nick Dakota and this first album rounds off the majority of remaining rough edges in Dakota’s skill set. Vision is a great debut by any definition.