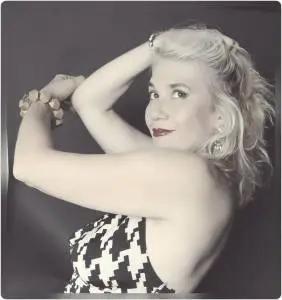 Versatile in her discography, Olya K’s not tied down to any one genre but wanted to pop with her latest release. Which she did with the infectious new track, “Hollywood.” This single comes after a lengthy career in not only her native Bulgarian tongue, ‘Yellow Roses,’ but also as a singer in various bands in Nashville and Chicago.

After spending years singing originals and covers in rock bands, Olya K made the big move out west to California to further her career as a recording artist in 2014. Five years after settling down on the Golden Coast, she has paid the ultimate homage to her new home with “Hollywood.”

Those interested in adding new pop to their playlists, featuring “Hollywood” on their site, or interviewing Olya K can reach out via the information provided below.

About:
Olya K is a versatile singer-songwriter with a new pop single, “Hollywood.”