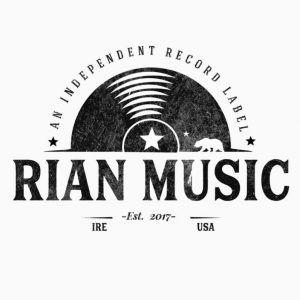 Oakland, California – March 18, 2020 – Based out of Oakland, Rian Music is a group of talented individuals who came together to form one powerful dynamic. They’ve done it before and they’re doing it again with the 2020 release of ‘4th St,’ out March 26th.

Inspired by the way Peter Gabriel has always pushed musical boundaries, Rian Music wanted to do the same. Much of ‘4th St’ is influenced by the legendary singer-songwriter across 14 tracks that embrace life as we know it. How we respond to our lives, the ups and downs of life and how we have to rise above. Something each member knows about in their way.

Five years ago the talented musicians that makeup Rian Music were mere strangers. Rian Mac had come to the US from Ireland with no more than the clothes on his back and $20 in his pocket. He worked his way from busking to starting a record label and producing great songs at Pajama Studios Oakland with the Grammy-nominated producer and multiinstrumentalist, James “The Godfather” Gardiner. Together they formed the foundation for what Rian Music is today.

Rounding out the band’s sound is Victor Campos, a working-class gentleman and seasoned performer who can write a song just as effortlessly as he can blend his many guitar stylings. The band also works alongside aspiring artists, musicians, and vocalists on many of their recordings, such as Bay Area artists Kay Rayne and Yue, and from Texas Tehrah Love.

These independent artists have been grinding together for five years now and together they’ve managed to gain not only local momentum performing and being featured on local Bay Area stations, but have appeared on the airwaves as far as San Diego and Los Angeles as well. They hope to reach even further with the release of ‘4th St.’

Those interested in adding new pop to their AC playlists, reviewing ‘4th St.,’ or interviewing Rian Music can reach out via the information provided below.

About:
Bringing genuine pop music to the mainstream, Rian Music is proud to announce its 2020 release, ‘4th St,’ due out March 26th.