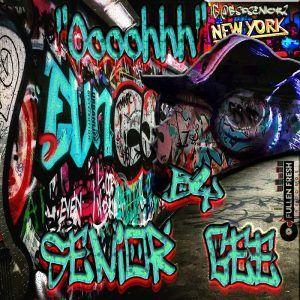 New York, New York – March 31, 2020 – The beauty of hip hop is that what was once a term used to describe a singular style of music has since evolved to be an umbrella term that covers a wide scope of artists. From the gangster rappers of the ‘90s to the mumble rappers of today, and everyone in between including Senior Gee; a Master of Ceremonies who comes through with a New Age appeal on his latest single “Oooohhh.”

From the beats to the lyrical content, “Oooohhh” is in a class all its own. While there are conscious rappers out there like Common and Mos Def, Senior Gee adopted a new set of standards for his take on the genre and shines because of it. Void of self-destruction and the degradation of his female counterparts, Senior Gee’s music promises to be the foundation for the next wave of hip hop.

“The instrumentation in “Oooohhh” sounds reminiscent to the 80s and 90s hip-hop era. However, there are elements of contemporary, new age hip-hop and R&B within…Additionally, what he expresses through his lyrics is meaningful and relevant. It is refreshing to hear actual substance in hip-hop songs rather than unrelatable lyrics and curse words.” – Buzz Music

Senior Gee’s level headed approach to his rhymes comes from years of determination to make something out of nothing. He came up in one of the roughest neighborhoods in Queens, faced a backlash from his peers when he shared his budding skills as a kid and felt like things were never going to come together for him musically. That is until he hit his teens, found confidence in himself, and a mentor in Main Source’s Mike D. From that point on he went on to win Triad Articles of War’s 5-Borough Battle Competition as well as Amateur Night at the world-famous Apollo Theater. That win made history as he was the first emcee to take the title performing his own original song; acapella.

Since then, Senior graduated from The Institute of Audio Research in 2001 and is now a New York State certified engineer and producer of music. Three short years later he went back to school to study digital recording and music/audio post-production.

Those interested in adding new hip hop to their playlists, featuring this New Age Hip-Hop track on their site, retaining Mixing/ Mastering services or interviewing the “Music Industry’s Holy Trinity” can reach out via the information provided below.