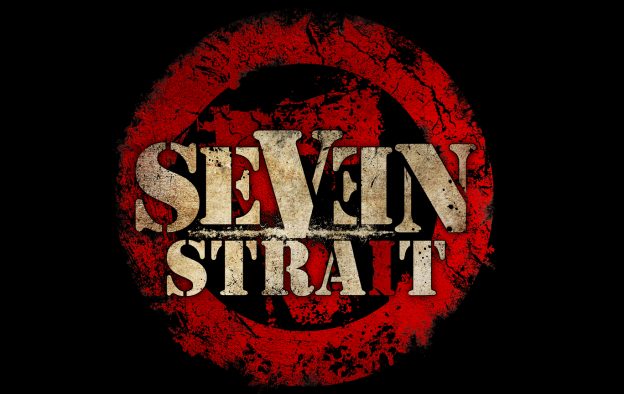 Saskatchewan, Canada – June 18, 2020 – Seven Strait brings fresh rock to the table with a multinational lineup and powerhouse hooks, heartfelt lyrics, and an infectious sense of positive enthusiasm. All of that and then some can be found on their upcoming 2020 release, ‘Rise From The Ashes,’ and those looking for a taste of what’s to come can check out their latest single, “Rain,” available on all major music and streaming platforms June 19, 2020.

“Rain” best represents what these up and coming rockers are all about, that New Aged Rock sound that stands out from the current bands on the rock airwaves. With “Rain” fans near and far will get heavy does of what this band is all about and that’s musical precision. They’ll follow up “Rain” with the release of ‘Rise From The Ashes.’ The rock trio worked alongside producer Mark S. Berry on the record and was thrilled to have special guests Darren Smith (Red Dragon, Cartel, Harem Scarem) do background vocals, and guitarist Dale Russell (The Guess Who) lend their talents to the album as well.

“This is a project that had great songs, great musicianship, great material, and a great artist in Dustin Penny.” – Mark S. Berry

Seven Strait’s Dustin Penny was meant for the stage which was apparent when he played his first gig at the tender age of five-years-old. He then went on to join the family band as the drummer until he discovered his love of distorted guitars and hard-driving Modern Rock in his teens. As he got older, he put everything into music and eventually racked up more than 200 gigs. After that, he needed something to reboot his creative juices. With that, he eventually found himself alongside Staffan Osterlind and Matt O’Rourke. Together they rock it out as the thrilling threesome, Seven Strait.

“The band demonstrates a rare talent for staying within a focused, yet very successful, creative formula without sounding like any old rock n’ roll cliché.” – Rick Jamm, Jamsphere

Those interested in adding new modern rock to their playlists, featuring “Rain” on their site, or interviewing Seven Strait for their site, podcast, or radio show can reach out via the information provided below.