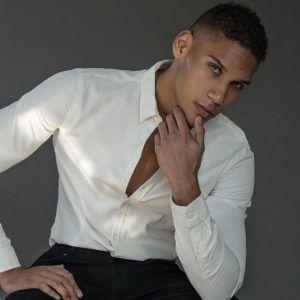 Laurel, Maryland – April 2, 2020 – While some succumb to the power of pain and trauma, others, like Shahn Donovan, thrive. Today, he’s channeled all of that and then some to push forward not only as a budding pop artist, but as an advocate for addiction, eating disorders, suicide prevention, and even homelessness. With four new singles out already this year, there is no stopping the prowess of pop’s next leading man.

Shahn Donovan was hit with tragedy before he could even form a sentence when he lost his father at the age of one. He was an adolescent when his mother revealed the truth of his death; suicide brought on by fear of facing jail time. The reality of his father and an ever-changing body took Shahn to a dark place. As did constant bullying and questioning his sexuality at the time. All of that led Shahn Donovan to develop a myriad of eating disorders he’d struggle with well into adulthood.

When he was 20-years-old he felt like he couldn’t take another second of the pain. He’d been distant from what little family he had and felt it was time to end it. Following in the footsteps of the father he never knew, he tried to take his own life. Once he was brought back, he took a step back from everything and tried to get his life together. A new career and path didn’t help for too long as a sex addiction led to an HIV diagnosis, and later his eating disorder would be reawakened due to the stress of his mother’s declining health.

By 24 he realized his body was something to be respected and taken care of. With that change, came another realization; music. He’d found his way to it once more and with that he started to perform, and people took notice. From his suicide attempt came “Heavy,” his sexual addiction spawned “Lust Ain’t Love,” and “Dear Mom” comes from the countless nights he spent in the hospital with his mother after she fell ill. Every aspect of his story. Every moment, the highs and definite lows, are always a part of what Shahn Donovan delivers with his natural gift – his voice. Pristine and soulful, his vocals are what Simon Cowell would deem the “it factor.”

Those interested in adding new pop to their playlists, reviewing his music, or interviewing Shahn Donovan can reach out via the information provided below.

About:
There is a lot of back and forth over whether or not artists who experience some sort of trauma are better than those who don’t. For some, there is a lot of truth in that as heartbreak has inspired some of the best songs known to mankind. Whatever one believes, they can’t deny that the depths of Shahn Donovan’s lows, the trauma he’s experienced in just 27 years on this earth have pushed him further in his career than he could have ever imagined. Still, on the rise and early in his journey, Shahn Donovan has a handful of new singles to his name this year and a good deal of performances under his belt – but he’s always moving forward with all that he does because one cannot sit still and expect an outcome.