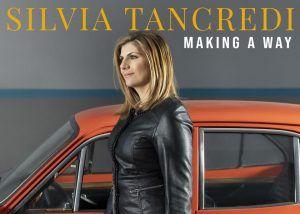 Milan, Italy – April 17, 2020 – After the confirmations received on the music scene with “True Love,” the first song of the upcoming LP, Silvia Tancredi releases the new single “Making A Way,” with which she continues the international chapter of her artistic career that brought her to the United States, where she signed a record deal with SMG Record & Media (distributed by Sony/The Orchard).

“Step by step we build our path, confident of the past, looking to the future” – Silvia Tancredi sings in “Making A Way,” a song that confirms her vocal and stylistic versatility.

It is a song that develops in the first scene (until the first refrain) in which the difficulties of our daily life do not allow us to look beyond our pain, beyond our past choices. Then, suddenly, an inspiration, taking courage that finally allows you to clarify and embrace your destiny for better or for worse, your lifestyle.

The last sentence takes up a bit of what Rossella OʼHara said in ‘Gone with the Wind,’ “…after all, tomorrow is another day.” “IT’S A NEW DAY,” says Silvia.

“Making A Way” is released in all digital stores on April 10th, while the video is available on the artist’s VEVO channel April 13th; https://www.youtube.com/watch?v=i73iFawmf_Y