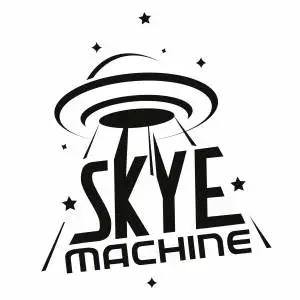 “Backyard Iguana” is just the tip of what’s to come from Skye Machine’s upcoming debut. A funky instrumental with an old school feel, this track was penned by none other than drummer Billy Flynn & NYC-Based Composer and mulit-instrumentalist, Michael Propper.

Music aficionados may recognize Flynn’s name as he’s a well-travelled drummer who toured the world with artists including: Geggy Tah, OPM, Katie Henry, K Sloan, Scissors For Lefty and Jonny Parks. He has shared the stage with artists including, Buddy Guy, Trombone Shorty, The Black Eyed Peas, Shuggie Otis, Erykah Badu too name a few.. Flynn is also a Playwright  having recently co-composed and performed the musical score nightly in the off-Broadway play, ‘Chasing the New White Whale.’ In addition, Propper as both bassist and composer has been writing and performing in groups throughout his life, spanning the diverse music worlds of indie-classical, electronic and funk music. Many have heard Propper’s unique music explorations performed at Charlotte New Music Festival, Juilliard’s New Music Night and The European American Music Alliance in France.

During their sessions at Cherokee, they were extremely fortunate to work with world-renowned producer, Bruce Robb. (-Analog baby!!). In addition, a host of talented musicians were part of this recording including: Jim Wilson (Bass), Swang (Keyboards), John Pfiffner (Guitar, Wurlitzer, Percussion, Mixing), Bill Smith (Engineering) and John Keane (Mastering).

Those interested in adding some fresh new funk to their playlists, reviewing the new album when available, or interviewing Skye Machine can reach out via the information provided below.

In Funk We Trust

About:
Skye Machine are a new funk band out of New York City whose debut album is due out soon, but they’re giving fans a taste with their lead single, “Backyard Iguana.”