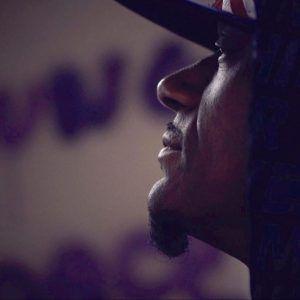 Traverse City, Michigan – April 14, 2020 – Nothing but the real deal from Michigan’s own Suppah. That is how it is and will always be as this emcee lays down his reality stunningly in his latest video for “Stuck,” but that is not the only thing he has lined up this spring.

A DV Film & Production, the video for “Stuck” highlights various places those from Suppah’s neck of the woods will recognize, as well as the rapper doing what he does best on the mic. A standout performance all around, this video is just the tip of Suppah’s 2020 iceberg. He has a cascade of things coming up, including his next single “Blame the Game.” That will drop May 1, 2020, on all major streaming platforms, and will also be available for purchase on the likes of iTunes and Apple Music.

Suppah isn’t new to the game. He started rapping when he was in his teens. Then he was part of a crew; 28grams. Too immersed in street life, they all found themselves behind bars by their late teens. Suppah remembers the day his mind switched gears. He was sitting in a Level-5 prison, looked around, and promised himself that once he was out he would quit messing around and focus all he had on music.

A man of his word, now the only thing he does when it comes to those streets, is rap about them as memories. Void of gimmicks, Suppah sets out to deliver himself with no rose-colored glasses.

Those interested in adding new hip hop to their playlists, featuring the “Stuck” video on their site, or interviewing Suppah can reach out via the information provided below.

About:
Suppah is making sure he’s part of your day with a new video for “Stuck,” and a new project on the way May 1st.