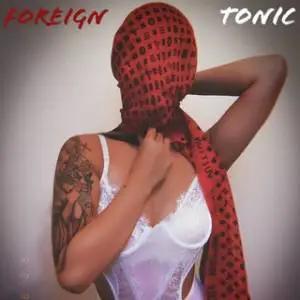 Phoenix, Arizona – December 11, 2019 – The Beat Smith otherwise known in the hip hop realm as Tonic, released his debut album this year and if ‘Foreign’ is any indication, the world will be hearing a lot more from this emerging talent.

‘Foreign’ doesn’t just showcase Tonic’s talents as an artist but as a producer as well. Each track as great as the last, from “Leanin’” to “Heavenly Strip Tease” and back again. While he’s excited for people to hear what he can do and become fans, he’s also looking to connect with other indie artists looking to connect over music and hit the studio together with Tonic serving as producer.

Tonic has been making beats and producing for the past decade and doesn’t show any signs of slowing down anytime soon. ‘Foreign’ was his debut, but he’s already got his next few steps planned out. The next being a project with his production partner. So new talent – reach out!

Those interested in adding new hip hop to their playlists, reviewing ‘Foreign,’ connecting with Tonic about a project, or interviewing him can reach out via the information provided below.

About:
Tonic poured everything he had and then some into his debut release, ‘Foreign.’